The template for the award can be found here: Inspiring_Purpose_Sustainable_Futures_PP_Version4

Scotland’s people hold a wide range of beliefs. These range from the Christian faith, to other world religions, to philosophical and non-religious beliefs. Such diversity enriches Scotland and serves as an inspiring and thought-provoking background for our learners to develop their own beliefs and values. Establishing an awareness and appreciation of different beliefs and values will assist in counteracting prejudice and intolerance, allowing our learners to develop into confident and responsible citizens.
The key skills of reflection, critical thinking and an enhanced understanding of beliefs and values are all crucial in assisting in this process. RMPS is a part of the Geography & RMPS faculty.

All students are introduced to the theory of learning in S1, and can identify higher and lower order thinking skills. These skills are designed to build a firm foundation for lifelong learning. The development of skills is embedded within every lesson within the department these skills can include:

In S1, students have RMPS 1 block per week and will study the following units:

This unit examines the significance of Community participation within the Sikh faith and from the standpoint of citizens of Scotland and the world. This unit will examine the core beliefs of Equality and Unity within Sikhism and the impact of these beliefs on society. Pupils will be developing skills of understanding and analysis when exploring the concepts of Community, Equality and Human Rights.

This Unit will examine the idea of Happiness. Pupils will explore a variety of views of Happiness including Sociological, Psychological and Buddhist Perspectives. Pupils will be examining the how the differing views of happiness can impact upon individuals and society as a whole. Pupils will build upon the skills of understanding and analysis through the exploration of the concepts of happiness, resilience, and mindfulness.

In S2, students have RMPS 1 block per week and will study the following units:

This unit examines the struggle of Judaism throughout the Holocaust, and the effects of anti-Semitism on a nation. Pupils will be developing skills of analysis and evaluation when exploring the roles of bystanders, persecutors and victims and questioning their moral decision making processes.

·         The Misconceptions of Islam and Terrorism 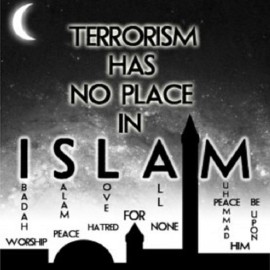 Throughout this unit, pupils will be examining the core beliefs of Islam and the sources that inform these beliefs. This will allow pupils a solid foundation in order to explore the prejudices and negative portrayal of Islam in 21st century Scotland.  Pupils will be exploring the effects of Terrorism, on society and on the depiction of Islam. Throughout this unit, pupils will be supported in developing their own informed views about the true religion of Islam as a separate identity to that of terrorist groups such as IS.

This unit will enable pupils to explore moral dilemmas surrounding conflict, war, and the use of nuclear and biological weapons. We shall be approaching this predominantly from a Christian perspective. Pupils will engage in debating issues surrounding war and conflict from the perspective of opposing Christian views.

Students come for 1 block a week in s4, and will complete a unit of N5 Philosophy, a course award as a unit pass in N5 Philosophy: Knowledge and Doubt will appear on the Sqa certificates should students be successful.

In order to achieve this students need to complete all the learning outcomes as specified in SQA course outline.

The is fully digital and runs through iTunes U, students will only be able to access this course through their iPads, so it is of vital import that they remember to bring them each lesson.  The course is loosely divided into three different areas:

What do we mean by knowledge?  Is there any thing we can learn for certain?  Students will engage with the philosopher Plato who argued that we can only claim something as knowledge if it is justified, true, belief.  Students all study criticisms to this such as the gutter problem of accidental correctness, and the whole argument of skepticism, and examine the problem of infinite  regress.  Students will also examine the famous allegory of the cave example argued by Plato. 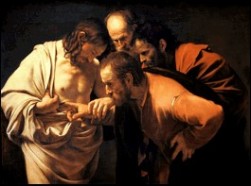 One possible answer to the problem of knowledge lies in the argument that we can know through the power of rational thought, and the operation of our minds.  This view has been championed by Philosophers like Aristotle, Plato, Liebnitz and Kant.  We will look at the French Philosopher Rene Descartes in some detail, and evaluate his claim that everything which we can clearly and distinctly perceive must therefore be true. 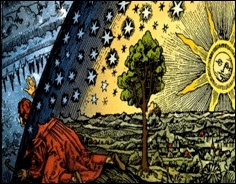 The final possible answer to the question of knowledge that we will study is that of the Empiricist.  Empiricism argues that we can only truly gain knowledge through our sense experiences, and that we cannot know anything for which our senses don’t directly have information about.  Philosophers like John Locke argued that our minds are like a blank slate furnished as we grow, but our main focus will be the arguments of Edinburgh born philosopher David Hume.

Students either come once a week or on a rota once a week, students will undertake work which will hopefully lead to them being able to achieve a n5 unit award in Moral Philosophy.

Students will undertake this work through entirely digital content, through the use of iTunes U, students need to ensure that they have their iPads at all times.

The course is divided into the following sections:

This section introduces the main issues that will be studied, namely what is morality and why is it important?  Students look at the idea why should we be good at all, and consider the dilemma of the ring of gyges, which asks if we can do anything and get away with it why should we be Good?Aristotle’s idea of Euodamonia is explored, the concept of living a good life.

Students firstly consider a deontological approach to ethics, by exploring the ideas of Immanuel Kant, who famously argued that doing the right thing was everyone’s duty regardless of the consequences even if that could potentially lead to harm.  Kant argued that it was even the right thing to aid an axe wielding psychopath!!!

The conflicting approach to this is the arguments put forward by JS MILL and J Bentham who argued that the best approach to knowing what is good or bad is through our own evaluation of potential consequences to any action.  Then we should Maximise the good and minimise the pain in all of these situations, this argument became known as UTILITARIANISM.

The Ancient Greek polymath Aristotle argued that we as people make our actions good or bad through our own virtue.  His views became known known as Virtue ethics.

Employers are increasingly looking at RMPS in a wide variety of fields, largely due to the skills which are practiced, as well as the ability to relate to and empathise with people. Areas in which RMPS is viewed positively are as follows: