History of the School

HISTORY OF THE ROYAL HIGH SCHOOL 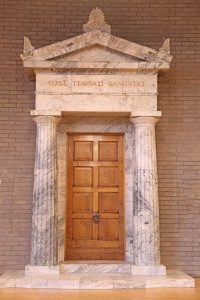 The history of the school is linked inextricably with the history of Edinburgh. The black and white of the uniform are the same colours as those of the city and for many centuries The Royal High School was known in Edinburgh as the ‘Tounis Scule.’

Nobody knows for certain when the High School of Edinburgh first came into existence. The generally accepted date is 1128 when King David I founded the Abbey of Holyrood with which the school was first  associated.

The other main theory is that the Augustinian friars, for whom the abbey was built, had acquired the patronage of the school while their residence was still at Edinburgh Castle, where they had settled before they transferred to Holyrood, thus making the foundation of the school a century or more earlier.

In either case The Royal High School is one of the oldest schools in Europe.

During the course of its lengthy existence the school has occupied a variety of locations that has included several different sites within the precincts of Holyrood Abbey, the first purpose-built home in the garden of the former Blackfriars Monastery. Cardinal Beaton’s Palace, Infirmary Street, Thomas Hamilton’s wonderful classical building on Calton Hill and, since 1968, in Barnton.

The school song is ‘SCHOLAE REGIAE EDINENSIS CARMEN‘. Music by A.C. MacKenzie, words by D. Marshall. A copy of the score can be downloaded below.

Of all the celebrated former pupils who received their early education at The Royal High School, the two best remembered are Sir Walter Scott and Alexander Graham Bell, scientist and inventor of the telephone. 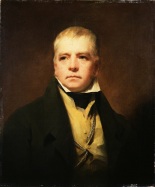 Sir Walter Scott is the best known in a long line of distinguished literary former pupils that includes poets William Drummond of Hawthornden and Robert Fergusson (Edinburgh’s “most gifted but least recognised poet”, he committed suicide in an asylum aged 24: Robert Burns arranged for his headstone at Canongate Kirk), the authors Henry Mackenzie, James Boswell and George Borrow and, in more recent times, teacher and poet Norman MacCaig along with Robert Garioch and Glen Chandler.

Eric Lomax (at school 1924-1946) wrote a moving autobiography describing his survival after being taken prisoner and tortured by the Japanese on the Burma Siam Railway, and his subsequent meeting with one of his captors fifty years later.

Deacon Brodie was a pupil between the ages of 9 and 11, before embarking on a twin career as a Town Councillor and notorious robber – allegedly inspiring R.L. Stevenson’s “Dr Jekyll and Mr Hyde”.

William Smellie printed the first edition of Encyclopaedia Brittanica. John Menzies, said to be a close friend of Charles Dickens later, opened a successful book selling business, and is buried in Warriston cemetary.

Alexander Nasmyth (1758-1840) was a pupil of Allan Ramsay (portrait painter to British Royalty) and painted the only known authentic portrait (right) of Robert Burns. His son, James Nasmyth, designed the steam hammer.

Formerpupil John Thomson became the first Professor of Music at the University of Edinburgh, while the twentieth century’s flourishing entertainment industry has given scope for the talents of actors Ian Charleson (Chariots of Fire), David Robb and John McGlynn and for Britain’s favourite pocket size comedian, Ronnie Corbett. Thomas Alexander Erskine (1732 – 1781) was a musician & composer, and in more modern times the bass player with rock band The Darkness, Frankie Poullain, was also a former pupil.

James Hutton‘s (left) 1785 “Theory of Earth” became the foundation of modern geology. It was another former pupil, James Syme, who discovered the solvent for rubber.

Dr Robert Knox (1791-1862) was Keeper of the Anatomy Museum, in which capacity he bought cadavers from murderers Burke & Hare, who exonerated him from criminal activity in their confessions.

James Braidwood was Edinburgh’s first Firemaster (aged 24) in the early 19th century, and published a classic manual on firefighting. He was killed by falling debris while fighting a fire near London Bridge.

Sir John Law of Lauriston (right, 1671-1729) was the first Millionaire in Britain. Having been imprisoned after a mysterious dispute over a lady resulted in the death of a man in a duel, he escaped and settled in France where he became the Controller General of French Finance, and was involved in the case of the “Mississippi Bubble”.

Robin Cook, gifted debater and Foreign Secretary, was at the school from 1961-1964. Two of the MSPs in the first Scottish Parliament, Sarah Boyack and Kenneth Macintosh,
are former pupils of the school. Sarah was one of the first
females to be included in the school roll.

Countless sportsmen have emerged from this ancient seminary across a wide range of sporting activities including James Pringle Fisher, Scottish Rugby captain with 25 caps in the Sixties and, more recently, Frank Dick, coach to the Great Britain Athletic Team and lwan Tukalo a many times capped wing three quarter at rugby.

In 2008 Ben Cairns added to this list, scoring his first try for Scotland against Canada in November, hopefully the first of many such occasions.

Details of the London FP Club can be found here.